Health insurance lies at the center of key political debates leading into the 2020 presidential election. Proposals cover a wide range of options on the ideological spectrum, including a broad expansion of insurance coverage through a single-payer insurance option like Medicare for all, the option to buy into Medicare through health insurance exchanges, and reductions in the scope of the Affordable Care Act (ACA). Although these proposals have implications for just about everyone, they are particularly relevant for people with disabilities, who often face high health care costs and significant barriers to accessing insurance coverage.

Alternative paths to health insurance can reduce participation in these disability benefit programs. In two separate studies, we found evidence that changes in health insurance availability can have spillover effects on disability benefit participation. In particular, evidence suggests that some people likely apply for disability benefits as a means to acquire health insurance. First, we explored how the establishment of the Children’s Health Insurance Program (CHIP) in the late 1990s and early 2000s affected youth participation in SSI. In states where SSI eligibility does not automatically come with Medicaid eligibility, CHIP reduced children’s enrollment in SSI; in these states, the increased health care access through CHIP led to a larger reduction in the transaction costs of entering Medicaid than it did in states that auto-enrolled SSI recipients into Medicaid. Second, we examined how SSI claims by young adults changed as they lost access to parental health insurance. We found that SSI participation jumped in the months surrounding the 26th birthday, the last age at which dependent coverage is required under the ACA. Together, these results provide evidence that health insurance is a key motivator for some seeking disability benefits. With increased access to health insurance, either through private carriers or Medicaid, there might be less incentive to apply for SSI.

These findings suggest that the scope of health insurance coverage has implications for government spending on disability benefit programs. Insurance expansions, such as Medicare for all or a public option, might be expected to reduce participation in disability benefit programs. A reduction in the scope of the ACA, or a total repeal if it is overturned by the courts, might instead result in greater participation, thus increasing benefit program costs. Accompanying changes in applications could also affect the time and resources needed for SSA to screen and process the applications.

In addition, the availability of health insurance could affect self-sufficiency among people who might be able to work with the support of insurance coverage but instead seek out disability benefits for the accompanying coverage. Though these programs can be a vital source of support for people with disabilities, evidence suggests that for some, the receipt of benefits, and even the application process itself, can reduce earnings and employment. Beneficiaries with sufficiently high earnings eventually lose eligibility, meaning these programs can discourage work. Increasing insurance coverage could offer the supports needed for people with disabilities to seek out work, potentially helping to increase employment for this group of people that historically has very low rates of employment. Conversely, repealing the ACA could lead to unintended consequences for some people with disabilities if it results in lower work activity. 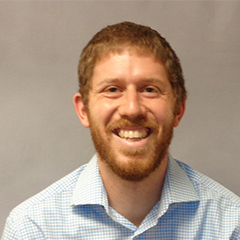 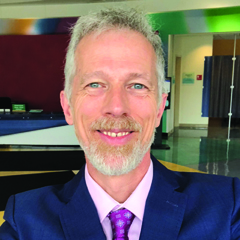 Reflections on COVID-19, Racism, and the Rise of Data Science in Health Policy Research