Barnes has served as Mathematica’s first general counsel since joining Mathematica in 2009 and soon after became corporate secretary and corporate compliance officer. She built a highly effective and respected legal department that provides support at both the corporate and operational levels of the company. Before joining Mathematica, Tamara served as chief mergers and acquisitions (M&A) and finance counsel at a Standard and Poor’s 500 multinational firm. She also served as an M&A and corporate finance attorney at Baker & McKenzie (now Baker McKenzie) and LeBouef, Lamb, Greene & MacRae, practicing both internationally and domestically. 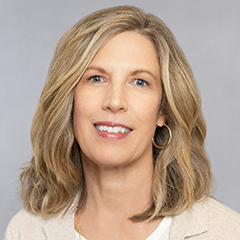 Boudreau joined Mathematica in 2018 and has served as deputy general counsel since 2020. She brings unique expertise in finance with a background as a certified public accountant, as well as in intellectual property, software licensing, commercial contracts, and general corporate leadership experience. Boudreau has worked as senior corporate counsel at a global safety science leader and held corporate counsel positions at technology companies.

“Tamara and Susan have been instrumental in building our infrastructure to effectively meet our diverse and changing client needs,” said Paul Decker, Mathematica president and CEO. “Their expanded responsibilities and leadership will be critical to the next phase of growth and our continued impact.”