Study finds TRICARE in the middle of a spectrum of coverage and cost sharing for children, survey analysis shows complex relationship between civilian providers’ participation and access to care 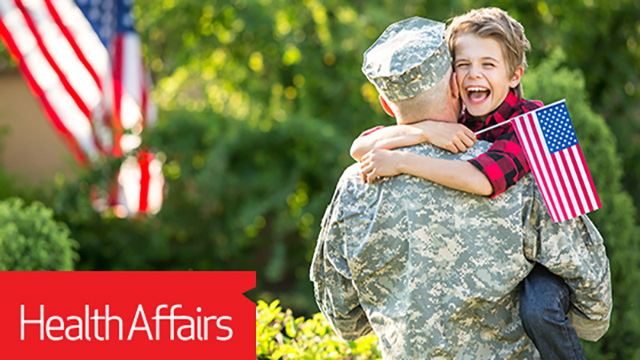 More than nine million active duty and retired military members and their families, including two million children, receive benefits from TRICARE, the military’s health care program. TRICARE offers health maintenance organization (HMO) and preferred provider organization (PPO) options. Concerns about coverage of benefits for children and access to care from civilian providers through TRICARE have prompted policymakers to call for research on these issues. The August issue of Health Affairs, which focuses attention on opportunities and challenges facing the U.S. military health system, includes two analyses from Mathematica’s health experts offering new evidence and helping to inform the discussion of these topics. A study on TRICARE’s child health care benefits found that they fell in the middle of a spectrum between Medicaid plans’ more comprehensive benefits with no cost sharing and marketplace plans’ more restrictive benefits with higher cost sharing. Additionally, findings from a survey of adult beneficiaries and providers on access to and acceptance of TRICARE’s PPO health plan suggested a complex relationship among provider networks, insurance acceptance, and access to care for patients.

Child health advocates and congressional reports have raised questions about the adequacy of children’s benefits in TRICARE compared with other sources of children’s health insurance. The study “TRICARE for Children: Between Medicaid and Marketplace Plans for Comprehensiveness and Cost Sharing,” looked at five states and compared TRICARE benefits with benefits from Medicaid and marketplace plans, which represent potential alternative sources of coverage for many of the families enrolled in TRICARE.

In analyzing the results, Joe Zickafoose, Mathematica senior health researcher, pediatrician, and coauthor of the study, added, “Health insurance coverage and benefits are only one of many steps in accessing health care for children. Many other barriers to care exist, including families’ understanding of benefits, plans’ administration of benefits, and providers’ availability and accessibility. Although TRICARE offers benefits that address the vast majority of children’s needs, this uniquely vulnerable population warrants ongoing work to assess other barriers to care.”

Although civilian providers play a crucial role in TRICARE, their participation is voluntary. In fact, complaints about access to civilian providers in TRICARE’s PPO led Congress to mandate surveys of beneficiaries and providers to determine the extent of access challenges for beneficiaries and potential reasons for the barriers. Findings from the congressionally mandated survey are captured in the study “Provider Acceptance and Beneficiary Access Under TRICARE’s PPO Health Plan.” The beneficiary survey asked about beneficiaries’ perceived access to care, and the provider survey asked about providers’ acceptance of TRICARE patients. TRICARE’s civilian PPO plans are required to maintain provider networks wherever TRICARE’s HMO option (known as Prime) is offered.

For the years 2012–2015, the study describes beneficiary access and use and provider participation in TRICARE’s PPO plans in Prime and non-Prime markets. It also compares individual market rankings for access and acceptance. In both market types, most providers reported participating in TRICARE’s PPO network, and most PPO users reported using network providers. In areas where Prime is not offered, PPO users reported slightly better access, and providers were more likely to accept new PPO patients.

“In our analysis, we found that the relationship among network formation, acceptance of insurance, and access is complex,” said Yonatan Ben-Shalom, Mathematica senior health researcher and study coauthor. “ It is important to better understand this relationship in order to improve access to care for retirees and military dependents.”