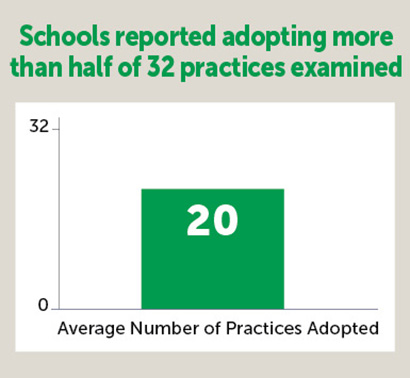 This brief describes both the individual SIG promoted improvement practices and the  combinations of these practices that low- performing schools reported adopting. Based on spring 2013 survey responses from 480 school administrators in low-performing schools that were and were not implementing a SIG  intervention model, the study found several key findings.