Bayesian research methods empower decision makers to discover what works by putting new research findings in context alongside an existing evidence base, which ultimately leads to stronger confidence in their conclusions. This approach also strengthens transparency, objectivity, and equity.

For decades, researchers have relied on statistical significance tests as the basis for answering questions about the effectiveness of various policy programs and interventions. Because researchers believed that statistically significant findings are unlikely to be due to random chance, statistically significant findings were much more likely to be published in journals, reported in the media, and used to make important real-world decisions. 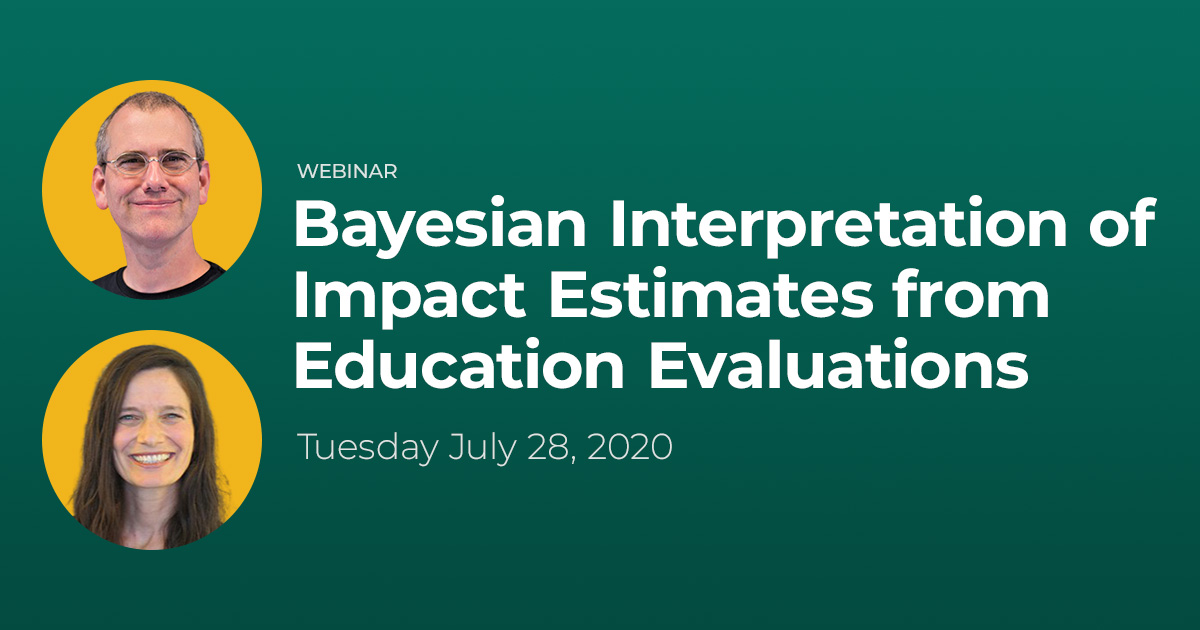 BASIE is a framework for using an evidence-based Bayesian approach to interpret traditional (non-Bayesian) impact estimates. BASIE, first introduced by Mathematica experts John Deke and Mariel Finucane, represents a substantial improvement over statistical significance. BASIE draws on prior evidence regarding the effectiveness of previously evaluated interventions to assess the probability that an intervention worked. In 2020, Deke and Finucane recorded a webinar on Bayesian Interpretation of Impact Estimates from Education Evaluations for the annual conference of the Society for Research on Educational Effectiveness. Focusing on education interventions, they provided step-by-step instructions, easy-to-use tools and code, essential methodological details for researchers who want to use BASIE to interpret estimates from impact studies, and other resources. 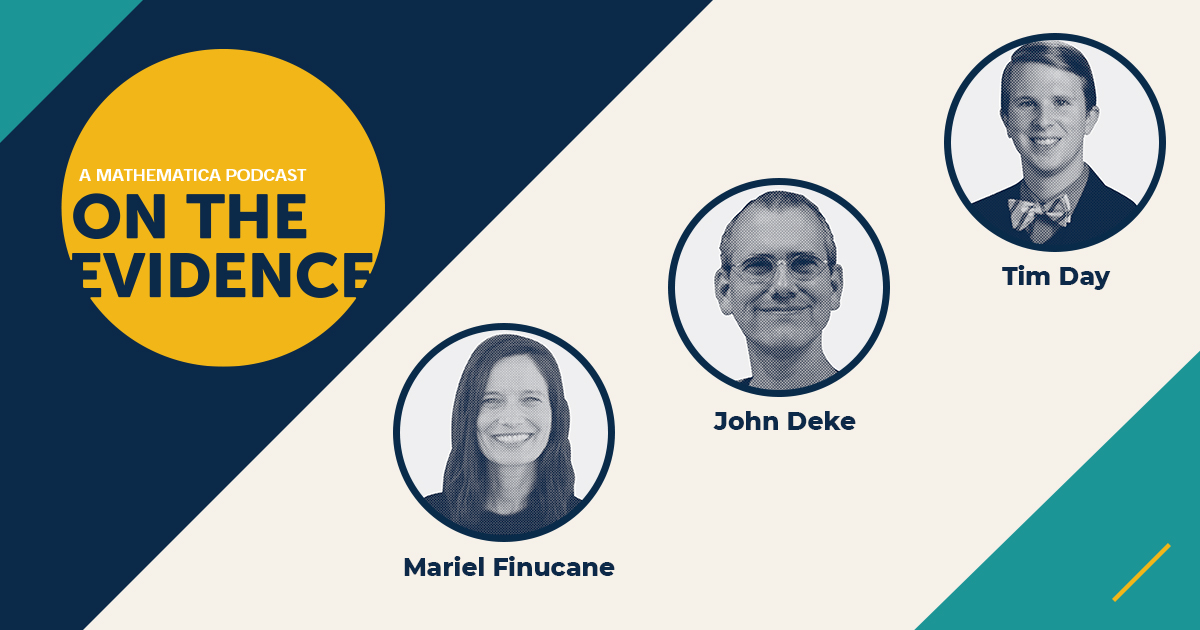 On the latest episode of  On the Evidence, Mariel Finucane, John Deke, and Tim Day, of the Center for Medicare & Medicaid Innovation, discuss why there’s growing demand for alternative ways of assessing the impact of policies, and how a modernized, evidence-informed update to Bayes’s Rule can help decision makers assess whether a policy or program works and whether it would work for certain groups of interest.

Getting more accessible and actionable information to those who need it

Imagine you’re a leader in your state’s human services agency, or a legislator in charge of investing resources in social services. With a limited budget, you’re eager to focus on programs that have a track record of working for the people you’re trying to reach. There’s an existing body of research, but it’s hard to interpret because studies vary both in quality and conclusions. Applying a Bayesian approach, we’re able to distill the existing evidence into a bottom-line assessment of the probability that something works. 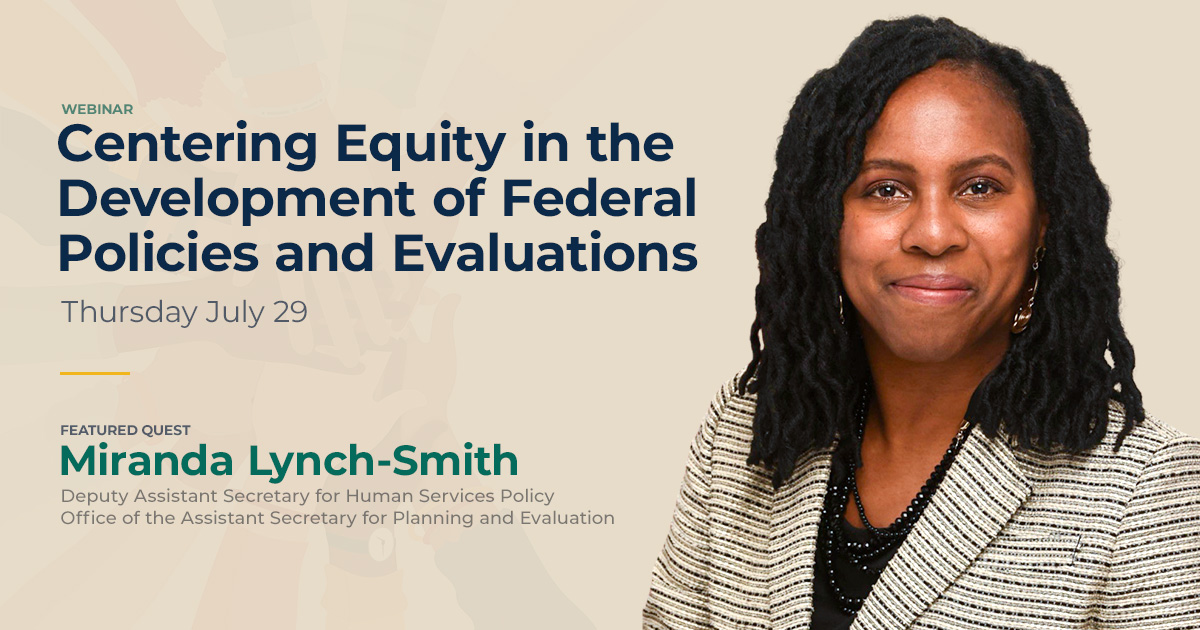 There is an urgent need to better understand the effect programs and policies have on equity outcomes. Incorporating more equitable evaluation principles into social policy research helps ensure that all community stakeholders—including those who operate and participate in programs—have the chance to contribute to and benefit from the evaluation. Bayesian methods make equitable evaluation more likely by examining a wider range of outcomes for a greater diversity of communities. They can solve the problem of multiple comparisons (that is, examining multiple outcomes in the same analysis) without imposing artificial limits on what we can learn. We can also support community stakeholders’ suggestions to look at a broader set of outcomes or subgroups than originally specified in a study’s design.

These methods can also strengthen subgroup analyses by using information from related subgroups to increase the precision of each subgroup impact estimate. They challenge traditional research methods that are heavily reliant on larger subgroup sample sizes, which can fail to represent certain groups.

To connect with one of our experts on this project or to get more information about these tools, please send an email to info@mathematica-mpr.com.