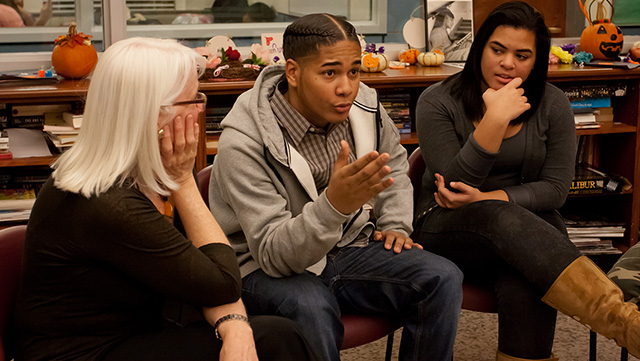 More than 600,000 adolescents in the United States attend alternative schools or other specialized education programs for youth at risk of academic failure. Many of these youth have emotional or behavioral health issues and might be at high risk for teen pregnancy and sexually transmitted infections. To date, little research has been done on adolescent pregnancy prevention programming designed to meet the needs of youth in alternative school settings. A report from Mathematica presents evidence on the impacts of the Teen Choice curriculum for youth in alternative schools in and around New York City and helps to address this research gap. The study found that six months after the program ended, Teen Choice had a favorable impact on youth’s knowledge, attitudes, and intentions of sexual risk behavior relative to the standard school curriculum. The program did not affect rates of unprotected sex during the follow-up period.

With funding from the Administration for Children and Families within the U.S. Department of Health and Human Services, Mathematica collaborated with the New York State Department of Health to rigorously evaluate the Teen Choice curriculum in alternative school settings in and around New York City. Teen Choice is funded through the Personal Responsibility Education Program (PREP), which provides federal funding to educate youth on abstinence and contraception. The report is part of a multicomponent evaluation of PREP led by Mathematica for the Administration for Children and Families.

To conduct the study, Mathematica partnered with Inwood House, a nonprofit agency that developed and delivered the Teen Choice curriculum in five New York City-area schools serving high-risk youth. The curriculum—comprising 12 sessions of 45 minutes each with groups of 8 to 12 students—covers abstinence, contraception, sexually transmitted infections, and healthy relationships. Teen Choice relies on a mutual aid approach to instruction, which strives to create a trusting learning environment within each group built on constructive interactions among students and the facilitator. Structured by interactive exercises and guided discussions based on the groups’ needs, the curriculum concludes with participants creating action plans to avoid sexual risk behaviors and to maintain healthy relationships.

Although this study provides useful initial evidence on a promising approach for delivering these services, determining the long-term effects of Teen Choice and other pregnancy prevention programs for youth in alternative schools will require more research.

Mathematica conducted the research in conjunction with a rigorous impact study using a random assignment research design, in which students were assigned to receive either the Teen Choice curriculum or their regular programming. An earlier report and issue brief describing the challenges and successes of implementing Teen Choice are available.

This brief summarizes key findings from a study of the implementation of the Teen Choice curriculum, a 12-session program that uses interactive exercises and guided discussions to deliver information to groups of 8 to 12 students on abstinence, contraception, sexually transmitted infections, and healthy relationships.