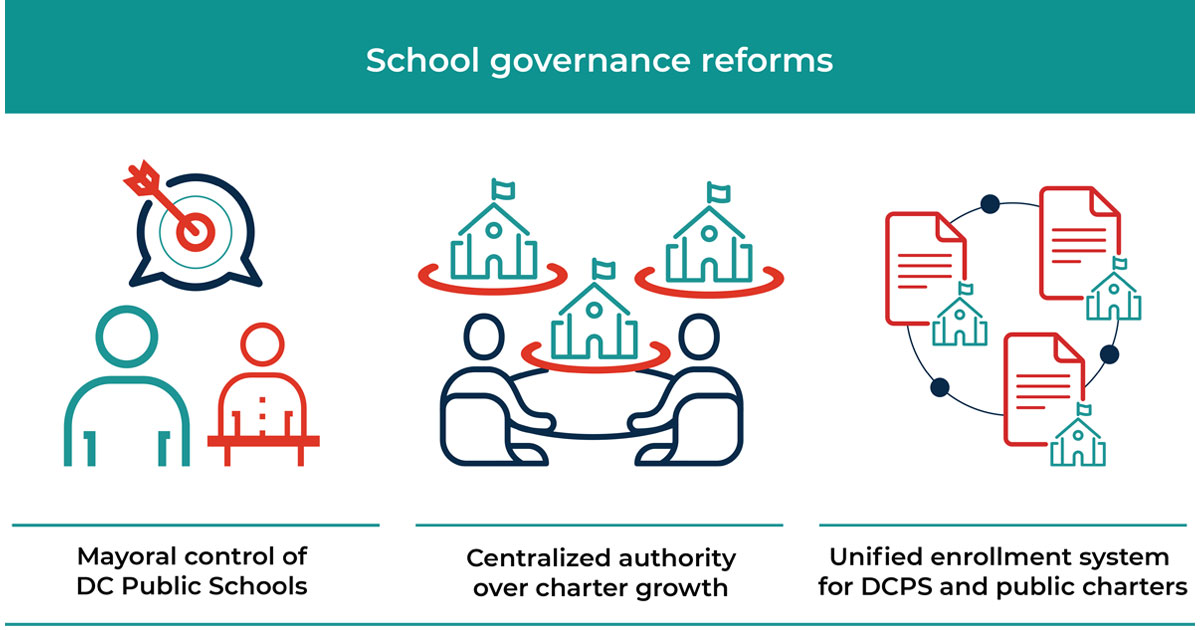 The suite of District of Columbia (DC) school reforms passed in 2007 appears to have contributed to improvements in math and reading assessment scores, especially for Black students, according to a new study released by Mathematica. The findings point to significant gains in student achievement, even when controlling for gentrification, with improvements in math persisting through grade 8.

The study provides the most comprehensive evidence to date of a causal connection between the reforms and students’ improved achievement. It analyzed student achievement data from the National Assessment of Education Progress (NAEP) from the early 1990s to 2017. It also used advanced statistical methods to account for pre-reform differences between DC and other areas.

“The student achievement gains we found are very encouraging because they indicate DC’s school reforms not only had a positive impact on student achievement, but unlike many other reforms, these improvements were long lasting,” said Duncan Chaplin, principal researcher at Mathematica. “We hope this research provides school district leaders in the District of Columbia and other areas a better understanding of how much the reforms around accountability and public school options can connect to improve student learning,” he added.

Read the full report and accompanying research brief to learn more about how this study improved on past efforts to measure the impact of the DC reforms. These improvements included a more rigorous staff evaluation system, increased public school options, and a unified enrollment system for families residing in the District. Support from Arnold Ventures funded this study.

Impacts of School Reforms in Washington, DC on Student Achievement

This report estimates (1) how test scores and student demographics in DC changed over time after 2007, compared to similar students in geographic areas without such reforms; (2) how results differed by student demographics; and (3) how postsecondary readiness among DC students changed in terms of SAT participation and achievement.