New research reported in a National Bureau of Economic Research working paper finds that, after roughly one year, Philadelphia’s tax on sweetened beverages did not substantially reduce children’s consumption of such beverages overall. However, the tax did reduce the intake of added sugars from beverages for African American children and children who were the highest consumers of added sugars before the tax. The study—funded by the Robert Wood Johnson Foundation—also finds that adults reduced their consumption of regular soda, but not of sweetened beverages overall. In addition, the study examines beverage purchases, finding that Philadelphia residents increased their purchases of taxed beverages outside the city and reduced purchases in the city.

“The study determines how the tax has affected consumption among adults and children one year after implementation, with a particular focus on populations with relatively high rates of obesity,” said David Jones, one of the paper’s co-authors and a senior researcher at Mathematica Policy Research. “This is the first study to examine the impact of a beverage tax on children’s consumption in the U.S. and the first to examine impacts in Philadelphia beyond a few months.”

In 2016 and 2017, the authors interviewed consumers at stores in Philadelphia and comparison communities near the city about their beverage purchases before and after implementation of the tax. They also conducted a household survey of beverage consumption before and after the tax among adults and children living in Philadelphia and the same comparison communities.

Specific findings include the following:

John Cawley, study co-author and professor of economics at Cornell University, added, “A possible reason that we do not find a detectable impact of the Philadelphia beverage tax on either added sugars from beverages or the frequency of consuming sweetened beverages could be cross-border shopping. We observe that Philadelphia residents report shopping for beverages outside of the city more frequently, and those who do shop outside of the city are more likely to buy taxed beverages.”

The working paper is part of an ongoing, multi-city research study. Findings regarding the tax’s impact on prices and product availability are in a National Bureau of Economic Research working paper. 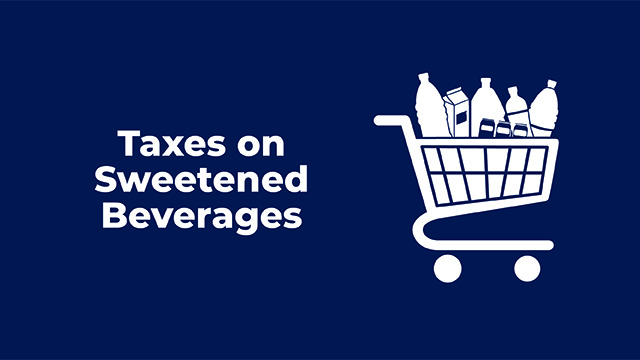 A Mathematica issue brief synthesizes new and recent evidence on how the two cities’ beverage taxes affected purchases, consumption, and the retail environment.