Focusing on the Boys in Teen Pregnancy Prevention
News

Focusing on the Boys in Teen Pregnancy Prevention 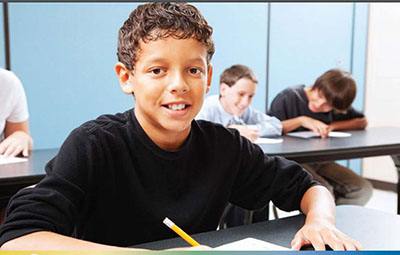 Wise Guys is a long-standing, widely implemented curriculum designed to help adolescent males make responsible decisions about their sexual behavior and avoid early fatherhood by promoting male responsibility. With funds from the Administration for Children & Families (ACF) within the U.S. Department of Health and Human Services, Mathematica partnered with a community-based agency, Bethany for Children & Families, to rigorously evaluate Wise Guys in seven middle schools in the Davenport, Iowa, area. The program is funded through the Personal Responsibility Education Program (PREP), which provides federal funding to educate youth on abstinence and contraception. The interim report is part of a multicomponent evaluation of PREP led by Mathematica for ACF.

To test the effectiveness of Wise Guys in Davenport middle schools, the study team used a random assignment evaluation design. Boys assigned to the treatment group could attend the Wise Guys sessions during the regular school day as an elective supplement to the regular school curriculum. Boys assigned to the control group could not attend Wise Guys but continued to receive the regular school curriculum’s sexuality and reproductive health education. The study team enrolled and randomly assigned a total of 736 boys in 7th grade over three consecutive school years, from 2013 to 2016. Boys in both research groups completed a baseline survey upon enrolling in the study and follow-up surveys one and two years later. This report focuses on data from the one-year survey.

This report is the second in a series on the implementation and impacts of Wise Guys in Davenport middle schools. An earlier process study report described the design and implementation of the program. A future report will present evidence on the program’s longer-term impacts after two years.

Focusing on the Boys: The Longer-Term Impacts of Wise Guys in Davenport, Iowa

This report presents evidence on the longer-term impacts of the Wise Guys Male Responsibility Curriculum in middle schools in and near the city of Davenport, Iowa.

Focusing on the Boys: Implementing Wise Guys in Davenport, Iowa