Across the nation, Black students, economically disadvantaged students, and students with disabilities are disproportionately subjected to disciplinary removals, which are out-of-school suspensions and expulsions that compromise students’ opportunities to learn and increase their risk of dropping out. A new report and infographic from the Regional Educational Laboratory (REL) Mid-Atlantic delineate efforts by the state of Maryland to reduce and ultimately eliminate discipline disparities.

Although disciplinary removals declined in Maryland during the past decade, Black students and students with disabilities are removed from school at more than twice the rates of their peers. The findings from this REL Mid-Atlantic report will inform the Maryland State Department of Education’s efforts to reliably measure and reduce disproportionality in its schools. School districts will use this information as they work on developing plans to address disproportionality in school discipline.

The report’s key findings include the following:

To address discipline disparities, the report’s authors emphasize the need to change school policies and practices that drive these disparities and to adopt academic and nonacademic supports and strategies that address behavioral concerns, promote opportunities to learn, and foster a positive school climate. Maryland is using these findings to develop technical support for districts to reduce disparities in the future.

Read more about REL Mid-Atlantic’s work to understand and address the sources of discipline disparities. 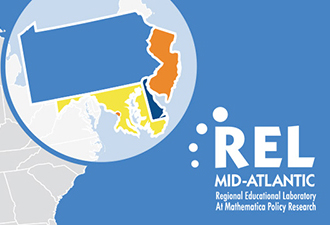 Equitable access to education is the first step in ensuring that all students can succeed, but school discipline practices sometimes exacerbate academic disparities.

Disproportionality in School Discipline: An Assessment in Maryland through 2018 (Study Snapshot)

Disproportionality in School Discipline: An Assessment in Maryland through 2018