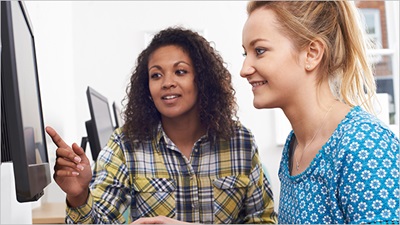 The study evaluated the Adult and Dislocated Worker programs, two of the nation’s largest publicly funded programs providing employment and training services to about 7 million people annually at a combined cost of $1.8 billion. First funded under the Workforce Investment Act of 1998, these programs are now funded under that act’s successor, the Workforce Innovation and Opportunity Act (WIOA). Despite the programs’ importance, this is the first evaluation of them to use the most rigorous methods.

From November 2011 to April 2013, Mathematica conducted a randomized controlled trial—a research method often referred to as the gold standard of study designs. The study included more than 34,000 job seekers at more than 200 American Job Centers in 28 randomly-selected local workforce areas across the country. Because the local workforce areas were selected randomly, the findings from the study can be generalized to workforce areas nationwide.

The following are the main findings from the study:

Since the study was conducted, WIOA made important changes to training offered by the Adult and Dislocated Worker programs. WIOA requires the programs to more closely align training with employers’ needs and to offer training that will lead to jobs with promising career paths. Evidence from other studies suggests that these enhancements will increase the effectiveness of training.

To learn more about the evaluation and access Mathematica’s research on federal job training programs, visit our training and reemployment webpage.

This report documents and explores the strengths and drawbacks of data sources commonly used to produce impact estimates for evaluations of workforce development programs.

Training Enrollment and Completion: By the Numbers (Infographic)