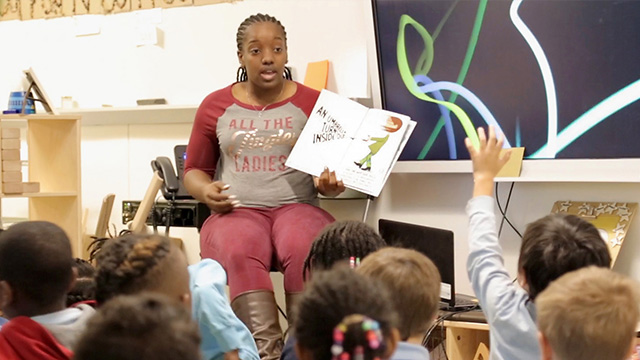 States that received grants under the Race to the Top—Early Learning Challenge (RTT-ELC) initiative increased the percentage of early childhood education programs that participate in a quality rating system and achieve top rating levels, according to new findings released by the U.S. Department of Education’s Institute of Education Sciences (IES). But children attending higher-rated programs generally did not have better developmental outcomes than those attending lower-rated ones. The report and two briefs are from the multiyear evaluation of RTT-ELC conducted by Mathematica.

RTT-ELC grants (totaling more than $1 billion over three rounds of grants) helped states develop and implement systems, known as tiered quality rating and improvement systems (TQRIS), that aim to improve the quality of early childhood education programs. These systems establish rigorous standards to define quality, rate programs based on these standards, and publicize the ratings of individual programs. States use supports and incentives to encourage programs to participate in TQRIS and earn higher ratings.

States that received RTT-ELC grants were expected to make progress in five areas related to TQRIS:

The three new publications focus on the last two areas by examining whether programs participating in TQRIS attained top rating levels and whether ratings convey meaningful differences in program quality. A previous report from the same evaluation examined progress in the first three areas. Findings from these four publications are summarized in an IES Study Highlights.

The following are key findings from the new publications:

“The child development findings underscore a challenge in implementing TQRIS to meet multiple goals,” said Gretchen Kirby, a senior researcher at Mathematica and the lead author of one of the briefs. “States design their systems to draw attention to multiple dimensions of quality that are important. But some dimensions, particularly those at the program level such as management and administration, might not be as directly related to children’s experiences as what happens in the classroom.”

Read the new briefs and report using the following links:

Moving on Up? Program Quality Ratings Under Race to the Top—Early Learning Challenge

Quality Ratings and System Characteristics: Patterns in the Round 1 Race to the Top—Early Learning Challenge States

Are Ratings from Tiered Quality Rating and Improvement Systems Valid Measures of Program Quality? A Synthesis of Validation Studies from Race to the Top—Early Learning Challenge States

Quality Ratings and System Characteristics: Patterns in the Round 1 Race to the Top—Early Learning Challenge States

This brief describes early learning and development programs' ratings in tiered quality rating and improvement systems (TQRIS) in the nine states that received Round 1 Race to the Top―Early Learning Challenge (RTT-ELC) grants.

Are Ratings from Tiered Quality Rating and Improvement Systems Valid Measures of Program Quality? A Synthesis of Validation Studies from Race to the Top—Early Learning Challenge States

Moving On Up? Program Quality Ratings Under Race to the Top—Early Learning Challenge