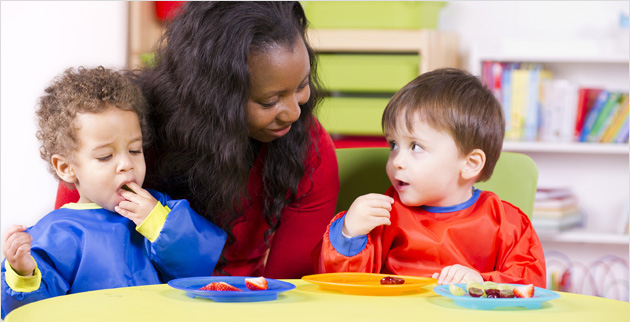 After three years of research for the federally funded Learning about Infant and Toddler Early Education Services (LITES) project, Mathematica has published a systematic evidence review on effective and replicable program models for supporting infant and toddler early learning and a summary of promising models in the field that have not yet been rigorously evaluated. In the following Q&A, Mathematica researchers Diane Paulsell and Shannon Monahan discuss the LITES project and its implications for research on early learning.

Why was LITES conducted?

A growing body of research shows that early learning experiences can promote healthy development and reduce achievement gaps, but little has been known about effective program models for infants and toddlers. The Office of the Assistance Secretary for Planning and Evaluation and the Office of Planning, Research, and Evaluation funded the LITES project to assess the state of research and program development under way to promote infant and toddler early learning in out-of-home early care and education settings.

What are the key findings? 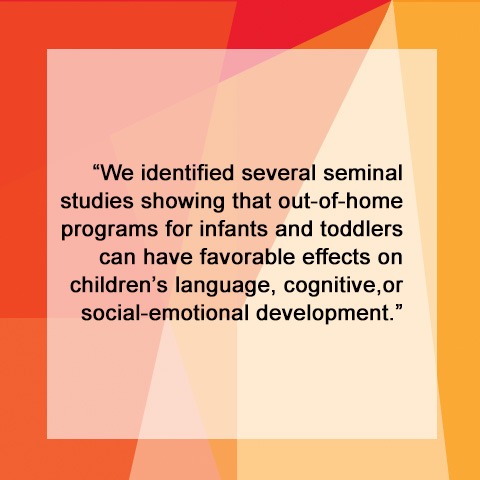 LITES found a small body of older research on early learning program models. Program models with evidence of effectiveness were defined as models with rigorous research that found favorable effects on at least one child outcome at a follow-up. We identified several seminal studies showing that out-of-home early learning programs for infants and toddlers can have favorable effects on children’s language, cognitive, or social-emotional development. Some of the studies include longitudinal research that provides evidence for sustained positive effects over time on certain domains.

We found that effective program models were Abecedarian, Early Head Start, the Infant Health and Development Program, and Parent-Child Development Centers—multicomponent programs that provided direct services to children and enrolled families before or soon after birth. These programs focused on cognitive, social-emotional, and at least one other domain of child development, and all targeted at-risk children and families. In all of these studies, children were enrolled in the 1970s, ’80s, or ’90s. We identified only one rigorous study of an infant and toddler early learning model conducted in the past 20 years, but the study did not find favorable effects on children’s outcomes.

We found 15 program models that are promising but not yet rigorously evaluated. Two of these models had rigorous evaluations underway. Specification of the models varied. Some were not well specified enough to support replication and thus were not ready to be evaluated.

What kinds of early learning models did the review include?

How was the review conducted?

We began the LITES systematic review with a comprehensive literature search for research on replicable early learning program models for infants and toddlers. This included database and web searches, and a call for studies circulated among a broad range of research and policy-related email lists. We screened the search results to identify eligible studies. Trained reviewers assessed the quality of the studies using systematic review criteria. We evaluated studies meeting a certain quality threshold to determine if the program model demonstrated evidence of effectiveness for child outcomes.

To identify promising models, we widely disseminated a call for nominations and solicited nominations directly from experts. We also included models that the systematic review screened out because they lacked rigorous studies examining children’s outcomes. We screened each model for eligibility and conducted a literature search to identify research for eligible models. We applied criteria (determined with a panel of experts) to prioritize a subset of the models for further investigation.

How can the findings inform the research agenda on early learning services for infants and toddlers? 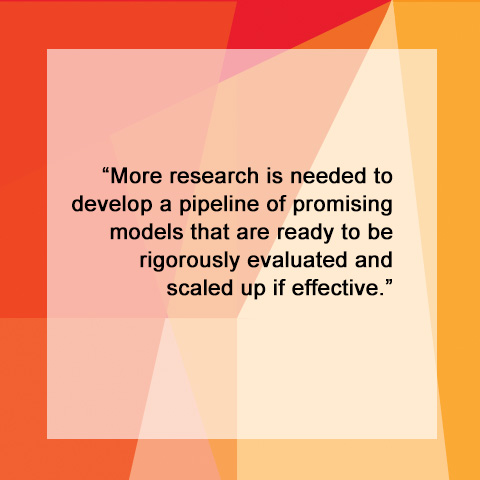 More research is needed to develop a pipeline of promising models that are ready to be rigorously evaluated and scaled up if effective. This research should focus on further specification of models that are of interest to the field including development and testing of practice guidance, staff training and coaching procedures, and fidelity standards and measurement tools.

Rigorous evaluation of the most promising models is needed to build the evidence base about what works. In addition, replication studies of effective models in today’s social context should be conducted, as well as studies designed to assess program and curriculum effectiveness with diverse subgroups of infants and toddlers.

Effectiveness studies should also incorporate assessment of implementation fidelity. We need to be sure not only that programs are replicable, but that any tests of effectiveness are conducted on well-implemented replications to ensure a good test of the model.

Finally, LITES points to the need for studies to identify components of program models that contribute to program effects. With regard to the multicomponent models we reviewed, we know only that they were effective. We do not have enough information about which components may have contributed to their effectiveness. For cost and efficiency reasons, it would help the field to know the “active ingredients” of these models.