Consumption did not decline significantly overall in Philadelphia or Oakland, but adult consumption of regular soda declined in both cities, and children in Philadelphia who were high consumers of added sugars from drinks saw a reduction.
Health Population Health Nutrition Childhood Obesity Food Purchases, Intakes, and Dietary Quality Foundations State and Local 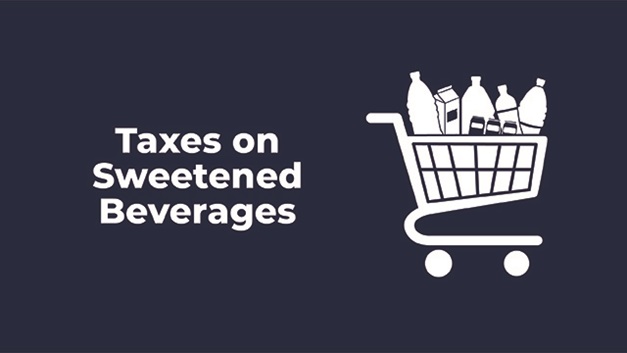 With funding from the Robert Wood Johnson Foundation, researchers from Mathematica, the University of Iowa, and Cornell University collected and analyzed data from the periods shortly before and 11 months after beverage taxes went into effect in Oakland and Philadelphia.

The multi-city study adds to the emerging body of evidence on local soda taxes in the United States, where seven U.S. cities have adopted taxes on sweetened beverages, starting with Berkeley, California, in 2015. Critically, the study provides the first-ever evidence of whether beverage taxes’ affect children’s beverage consumption. The study also provides the first impact estimates of Oakland’s beverage tax.

The study sheds light on how differences in the design of a city’s beverage tax and the setting in which the tax is implemented can affect consumers’ and retailers’ responses. For example, the taxes in Oakland and Philadelphia differ in the types of beverages covered and the size of the tax. Philadelphia taxes a broader range of beverages, including artificially sweetened beverages, and at a higher rate (1.5 cents per ounce, compared with Oakland’s 1.0 cents per ounce). The higher tax rate in Philadelphia and resulting higher after-tax prices (relative to Oakland) could help explain the stronger evidence of a decline in consumption and purchases in Philadelphia.

The authors recommend that future studies on beverage taxes examine how differences in policy design and local contextual differences affect consumer choices and the tax’s ultimate impact. These factors include the size of the tax, type of beverages taxed, presence of beverage taxes in neighboring jurisdictions, and availability of untaxed beverages sold in nearby communities.

The findings discussed in this week’s issue brief also appear in the following working papers, issue brief, and journal articles:

Cawley, J., D. Frisvold, A. Hill, and D. Jones. “The Impact of the Philadelphia Beverage Tax on Purchases and Consumption by Adults and Children.” The Journal of Health Economics, vol. 67, September 2019.

How Retailers Responded to Taxes on Sweetened Beverages: A Tale of Two Cities