In 2007, the District of Columbia (D.C.) passed the Public Education Reform Amendment Act, which established mayoral control of D.C. Public Schools (DCPS) and led to the appointment of Michelle Rhee as school chancellor. In an effort to boost student achievement, Chancellor Rhee replaced many school principals as one of her first reforms. For the 2008–2009 school year, 39 percent of the principals in the school district—51 individuals—did not return, and more were replaced in the following years. We measured whether students in a school with a new principal performed better on standardized tests than they would have if the original principal had been retained. To do so, we analyzed the changes in student achievement that occurred when principals who left at the end of each of the school years from 2007–2008 through 2010–2011 were replaced. We compared the achievement of students in DCPS schools before and after a change in school leadership, and then compared this change to the change in the achievement of students from a sample of comparison schools within DCPS that kept the same principal.

We found that after three years with a new principal, the average student’s reading achievement increased by 4 percentile points (0.09 standard deviations) compared to how the student would have achieved had DCPS not replaced the previous principal. For students in grades 6 to 8, the gains were larger and statistically significant in both math and reading. 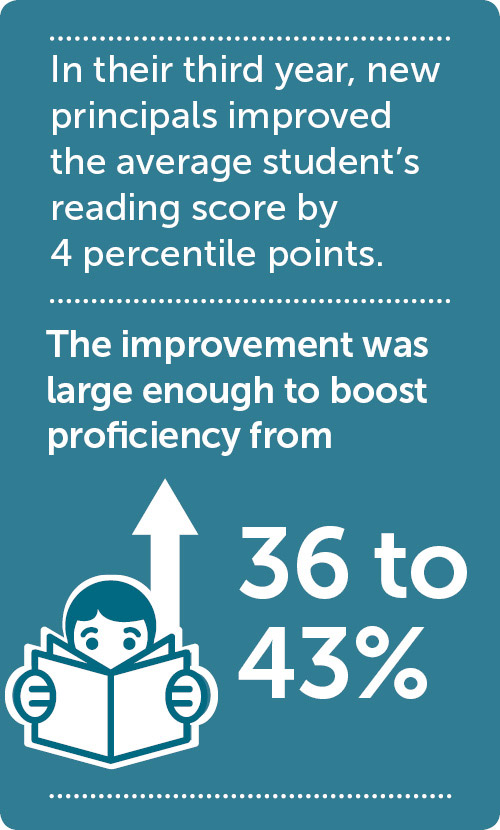