VOCSN, a multi-function ventilator, has previously been shown to deliver supplemental oxygen more efficiently than other ventilators in bench studies. 1, 2 However, VOCSN oxygen delivery and its effect on economic considerations have not been formally evaluated in a clinical setting. A before and after study was completed comparing the oxygen usage of all ventilated patients receiving wall oxygen at one long term acute care facility in New York before and after a complete fleet conversion from the Newport HT70 ventilator to VOCSN Multi-Function Ventilator in January 2020. Daily recorded ventilator settings over two months (one month before and one month after fleet conversion) and oxygen invoices were evaluated to determine oxygen usage and the economic impact of oxygen use. Primary analysis was performed on the 22 patients present in both the before and after periods, with patients acting as their own controls. Secondary analysis was performed on 30 patients in the before and 27 patients in the after period, regardless of whether the patients were present in both the before and after time periods. To average patient differences between the before and after periods and create data that is easily transferrable to other clinical settings, we calculated the oxygen usage of 30 “average” patients with 24-hour oxygen requirements for 31 days. Data analysis showed oxygen usage decreased for every patient, leading to annualized cost savings of over $16,000 and annualized cost savings per patient of over $500 due to decreased oxygen usage and required oxygen deliveries. 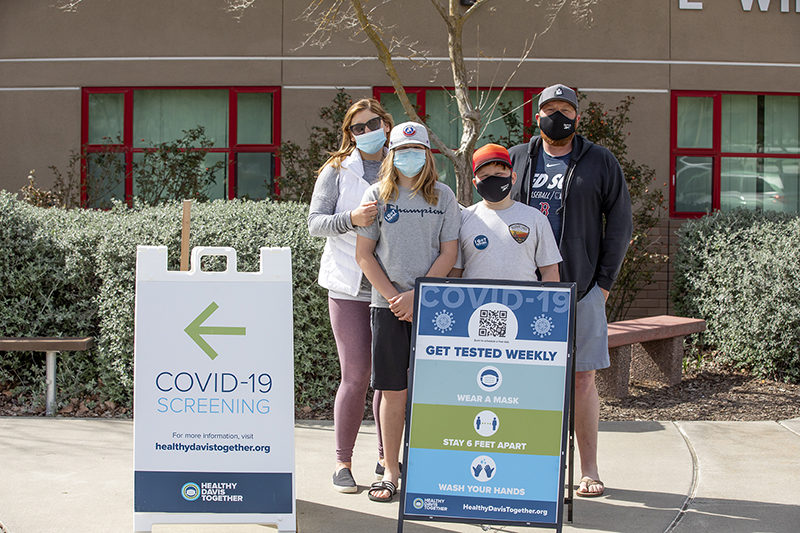 The Effects of Healthy Davis Together: A COVID-19 Response Program

Progress Toward Comprehensive Contraceptive Access Through The Right Time in Missouri