Remarkable strides have been made in increasing the number of children receiving a primary education around the globe. However, many children are not able to transition to secondary school and receive the high quality and relevant education that positions them for success later in life.

Two new reports commissioned by the PSIPSE and released today by Mathematica Policy Research highlight the progress these projects have made and provide an overview of current evidence on secondary education interventions in developing countries. "The PSIPSE: 2016 Monitoring Results" reveals positive early returns on program activities and identifies opportunities for strengthening initiative effectiveness and advancing secondary education:

To better understand the existing evidence on approaches to increasing participation, improving learning, and enhancing the relevance of secondary education in developing countries, Mathematica conducted a literature review that should be of particular interest to implementers and governments seeking effective approaches.

Released today, "Policies and Programs to Improve Secondary Education in Developing Countries: A Review of the Evidence Base," reveals that there are relatively few promising evidence-based practices and explores several critical areas in which more research is necessary to inform secondary education improvements. Findings include the following:

Photographs, which are courtesy of Jennifer Huxta and Mastercard Foundation, are of activities conducted as part of the PSIPSE-supported STIR Education project in Uganda. 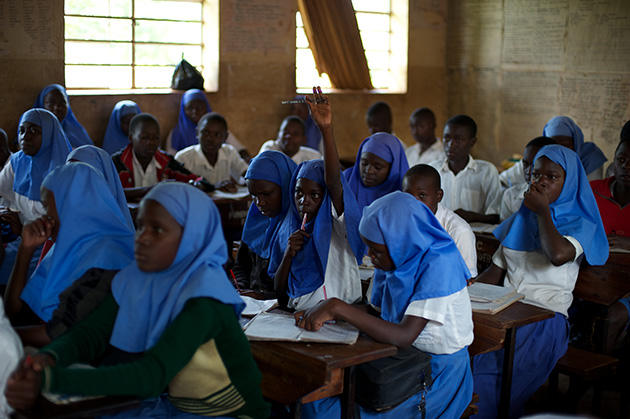 Advancing Learning Around Secondary Education in Africa and Asia

As learning partner to the PSIPSE donor collaborative, Mathematica developed theories of change and measurement frameworks to track progress, and gathered and disseminated evidence on secondary education investments to inform strategy and contribute to the knowledge base.

Improving Teacher Quality: Lessons Learned from Grantees of the Partnership to Strengthen Innovation and Practice in Secondary Education

Policies and Programs to Improve Secondary Education in Developing Countries: A Review of the Evidence

The Partnership to Strengthen Innovation and Practice in Secondary Education (PSIPSE): 2016 Monitoring Results

A New Approach to Improving Secondary Education in Africa and Asia

Catalyzing Change in Secondary Education in Africa and India