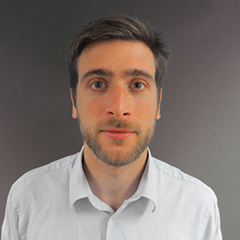 Anthony Harris specializes in land tenure, property rights, and agriculture. He is experienced in running experimental and non-experimental evaluations of international development programs and has worked extensively in Sub-Saharan Africa, particularly in Ethiopia.

Before joining Mathematica, he designed and implemented an evaluation of land expropriation and compensation practices in rural Ethiopia, examining how rural households transition out of agriculture after the government takes their farmland. Harris has also worked on several other evaluations, including a randomized study of urban land titling in Tanzania (conducted with co-authors at the World Bank) and an evaluation of spillover benefits from large-scale commercial agriculture to small farmers in Ethiopia. In addition, he is interested in the use of high-resolution satellite and drone imagery for land management, data collection, and crop yield estimation.

Harris has previously presented research at the World Bank and the Centre for the Study of African Economies, and he holds a D.Phil. in economics from the University of Oxford.