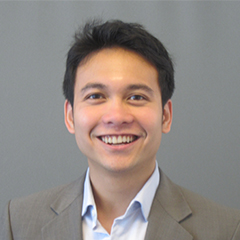 Paolo Abarcar is an applied microeconomist with primary research interests in international development, labor, and education research. His work tries to identify which programs do or do not work in developing country settings and the mechanisms that underlie their success or failure. He conducts rigorous evaluations by using field and natural experiments and by analyzing large and previously unused administrative datasets.

At Mathematica, Abarcar serves as an evaluator for the Millennium Challenge Corporation’s Secondary Education Activity in Morocco. The evaluation consists of a randomized controlled trial and an implementation study of educational interventions delivered at secondary schools with the goal of improving the quality of education and labor market outcomes of students. Among other things, he is also a reviewer for the What Works Clearinghouse and the Home Visiting Evidence of Effectiveness Review, evaluating the rigor and effectiveness of various educational interventions and home visiting programs.

Abarcar’s other research has focused on investigating issues related to international migration and its effects on migrants and origin countries. He was co-principal investigator for a randomized controlled trial to study the effects of offering financial education and financial services to migrant households in Cabanatuan, Philippines. In a paper recently published in the Journal of Economic Behavior & Organization, he used the Asian financial crisis as a natural experiment to uncover why Australian legal permanent immigrants might return to their home countries by looking at exchange rate shocks. Abarcar has also investigated the extent to which employers valued foreign work experience by running an audit study, in which he sent thousands of fictitious resumes, randomly assigned which applicants were return migrants, and tracked callback rates. His most recent work uses administrative data on the universe of migrant departures and school enrollments from the Philippines to dispel myths on how international migration leads to the depletion of human capital or brain drain.

A native Filipino, Abarcar finished his Ph.D. in economics and public policy at the University of Michigan, Ann Arbor in 2016. He presents at academic and policy conferences, including recently at the NEUDC Conference and at the IZA Annual Migration Meeting. Before graduate school, he worked at the Center for Global Development in Washington, DC, and focused on international migration research and foreign aid related issues.